In 2001, Kenny founded ERB Physical Therapy with his father Keith and has served the company as its President since that time. In addition to his primary function of forwarding the vision, he and Keith established for the practice, Ken has a passion for teaching physical therapy and was awarded “Clinical Instructor of the Year” in 2015 by his alma mater, Duquesne University (class of ’98). Kenny is a proud member of the Private Practice Section of the American Physical Therapy Association and has been certified to treat patients without a physician’s referral since 2004.

A native of Bethel Park (class of ’93) and currently living in Peters Township, Kenny is happiest when spending time with his wife Marjorie, their son Porter, and twin girls, Kate and Sasha. He also enjoys coaching and playing ice hockey as well as working on his golf game. Bruce is a 1989 graduate from the University of Pittsburgh with a Bachelor of Science Degree in Physical Therapy. Bruce has been a partner in the practice since 2004 but has been part of the ERB Physical Therapy family, treating patients in the south hills for over the past 25 years. Bruce facilitates and treats patients in the Brentwood office with a focus on outpatient orthopedic patients. He assists with those patients diagnosed with Multiple Sclerosis.

Bruce retired in 2014, with more than 32 years of active duty and reserve military service. He started as an enlisted member in the United States Air Force working at the National Security Agency in Maryland. He then became a reserve member of the 171st PA. Air National Guard where he was activated for Desert Storm. He finished his career with the Navy Reserve. He was a credentialed physical therapist in the Navy and a medical planner for the African continent. He retired from the Navy with the rank of Commander in the Medical Service Corp.

Bruce is a life member from the West Mifflin #3 Fire Company and a BLS instructor for the American Heart Association. Bruce and his family reside in West Mifflin. In his free time he enjoys lifting weights, running and trips to the beach with his family. Paul has been a physical therapist with Erb Physical Therapy since 2011. At the age of 16, Paul began working at Braddock Hospital as a physical therapy aide. He earned his Doctorate of Physical Therapy from Duquesne University. During his time at Duquesne, Paul received the prestigious Daniel V. Unico scholarship for outstanding achievement and the Murph Irwin Award. He also met his future wife, Ann, while attending the university. After graduating from Duquesne, he spent a short time working in the hospital setting before joining the ERB Physical Therapy team. Paul is a proud member of the American Physical Therapy Association’s Orthopaedic Section. In addition to his work in the field of orthopaedics he has also developed ERB Physical Therapy’s Balance and Vestibular Therapy program. He primarily treats patients at the Brentwood clinic. Paul has been an active member of the Brentwood community his entire life. He is a parishioner of St. Sylvester’s Church and a graduate of both St. Sylvester’s School and Brentwood High School. Outside of work, Paul is busy playing and coaching soccer in local recreational leagues. Paul is fluent in French and enjoys traveling to Europe with Ann. Liz grew up in Shorewood, Wisconsin, a suburb of Milwaukee. She graduated from the University of Wisconsin-Madison with a Bachelor of Science degree in French before continuing on to earn her Master of Physical Therapy degree from Concordia University of Wisconsin in 1997. Her physical therapy career began in Baltimore, Maryland, in sub-acute rehabilitation. After 2 years, she moved into the outpatient physical therapy setting primarily with periods in long term care as well as occupational medicine. She has been Direct Access Certified since 2004. Liz has been a part of the ERB Physical Therapy family since 2014.

Liz and her family live in Peters Township. She enjoys attending the activities of her three children including dance competitions and swim meets. She is an avid UW Badger and Packer fan but cheers for the Steelers when they’re not playing The Pack. Liz is a First Degree Black Belt in Tang Soo Do karate. Lauren Klein is a Bethel Park native who enjoys outdoor activities as well as spending time with her family and friends. She graduated from Bethel Park Senior High School in 2009. From there she went on to pursue her childhood dreams of becoming a physical therapist. She attended Saint Francis University where she received a Bachelor of Science degree prior to graduating with a Doctorate of Physical Therapy in 2015. Lauren is a recent addition to the ERB Physical Therapy team and was welcomed aboard in November of 2015. She is passionate about her profession and is excited to see what is in store for the future of physical therapy. 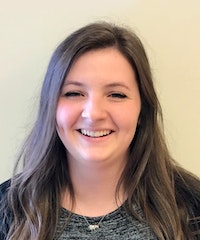 Jenn was an intern at the Bethel Park location while earning her Doctorate in Physical Therapy at Duquesne University. Upon graduation in 2018, she became a member of the Erb Physical Therapy team at Brentwood. When not at work, Jenn enjoys spending time with her family – including 6 birds, 3 cats, and a tortoise. She is an avid gardener and has over 250 plants both in and out of her home. She enjoys hiking, camping, reading, and painting. Molly received a Bachelor of Science in Athletic Training from California University of PA and her Physical Therapy Assistant Associate of Science degree from Community College of Allegheny County. Molly joined the ERB Physical Therapy Team in 2016. She resides in the South Hills area of Pittsburgh. In her free time, Molly enjoys going to see live music and watching movies. 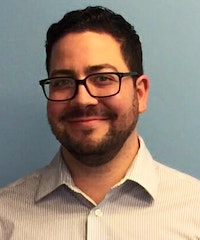 After working in the construction industry for nearly ten years, John decided to make a career change. In the spring of 2015, he graduated from Community College of Allegheny County with an associate degree in physical therapy and joined the ERB team later that fall. During his time here as a physical therapist assistant, John has displayed a growing passion for providing exceptional therapeutic care for all of ERB’s patients. Outside of work, John spends his free time bike riding, camping, cooking, gardening, golfing, and playing/writing music. Kelli joined the ERB Physical Therapy team as an aide in 2015. She has over 10 years experience in geriatric care as a Certified Nursing Assistant. Utilizing her background and adding the skills as a PT tech, she is one of the first people you’ll meet. She will assist you in your paperwork, schedule an appointment that best suits your needs and assist you in all aspects of your therapy. Candace is the Front Office Secretary at ERB Physical Therapy. Candace graduated from South Allegheny in 1990 and from CCAC South with an Associate’s degree in Medical Secretary Specialist in 1993. After receiving her education, she worked as a Medical secretary and was promoted to a Billing Supervisor in the Jefferson Hills and surrounding South Hills area. She has been in the Insurance and Billing industry for over 20 years. Candace joined the ERB Physical Therapy team in 2012. She resides in the South Hills area with her husband, Nick, and enjoys gardening and spending time with family and friends. Kate brings experience and organization to the front office in our Bethel Park Clinic. She is your primary contact when it comes to scheduling, verifying patient insurance plans, and much more. She has been in the medical field for over five years and joined the ERB Physical Therapy team in August of 2010. Kate enjoys the personal interactions she gets to experience along with the relationships she builds with patients. Outside of the office, Kate finds herself enjoying time spent with family and friends, cooking, and bowling.